Get fresh music recommendations delivered to your inbox every Friday.
We've updated our Terms of Use. You can review the changes here.

Lost In The Wood 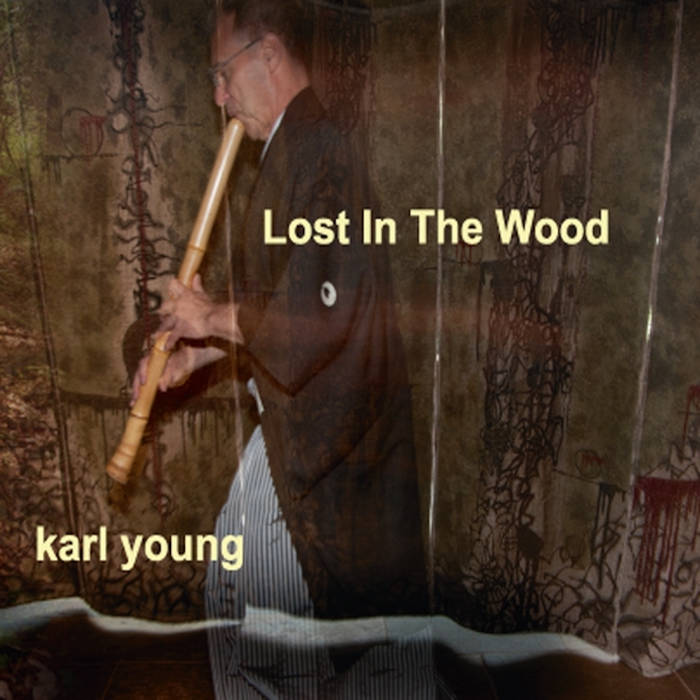 After a period as a jazz saxophonist Karl Young embarked on a career as a physicist, satisfying his musical urges during that period with a serious study of the shakuhachi with master players from Japan. He focused solely on the traditional shakuhachi repertoire until a friend asked him to bring his shakuhachi to a jam session. While playing jazz on a shakuhachi poses serious challenges he realized that with the development of an appropriate approach, the stirring, hauntingly beautiful sound of the shakuhachi could provide something compelling in a jazz context. Transitioning from physics to a full time focus on his music, Karl released “Lost In The Wood” in 2011 providing solid evidence that that realization was sound.

Producer Mad Duran assembled an all star cast of musicians who were eager to provide a unique setting for the shakuhachi. Mad’s inspiration to combine the sound of marimba virtuoso Christian Tamburr with the shakuhach resulted in an original, organic sound on standards as well as on Karl’s pieces. In addition to anchoring a meditative duet version of Wayne Shorter’s Infant Eyes, Christian provides a beautiful duet part for the traditional Buddhist solo shakuhachi piece Yamagoe, and contributes inspired piano on Karl’s ballad Lupinus langorious. Albert Ayler’s classic Ghosts is given a special treatment by combining the sound of the long shakuhachi with the sensitive playing of Shoko Higake on koto and John Shifflet on bass. The strong percussion work of Raul Ramirez and Vince Delgado throughout provides strong focus and given the open harmonic context, bassist David Pinto adds extra melodic flair to the pieces he plays on. Besides providing great solos, the enticing sounds of Mike Olmos’s flueglehorn and Mad Duran’s alto flute provide an exquisite complement to the shakuhachi in the ensemble pieces. Karl’s amusing shakuhachi rendering of Jimi Hendrix’s guitar sound on Murasaki Muraiki provides a truly novel setting for the shakuhachi. In addition to providing some great jazz, “Lost In The Wood” offers a new, unique, and compelling combination of sounds.

The shakuhachi, the traditional Japanese,
end blown bamboo flute, originally played by monks and later in classical ensemble music, is increasingly being tried in a variety of
contexts such as the pieces on this recording. Written
by many of my heros such as Wayne Shorter, Miles Davis, John
Coltrane, Herbie Hancock, Charles Loyd, and Albert Ayler, these pieces
seemed particularly appropriate for a shakuhachi interpretation.

Karl Young has been studying and performing on the shakuhachi for more than 30
years, both musically and as part of his meditation practice. His primary teachers are shakuhachi masters Kaoru Kakizakai and Riley Lee, and virtuoso jazz flautist Ali Ryerson. Sun Ra is a major influence, and along with the traditional shakuhachi repertoire he has worked on developing a voice for shakuhachi in jazz. ... more

Bandcamp Daily  your guide to the world of Bandcamp

Guests John Beltran and Kim Myhr walk us through their magical musical adventures.